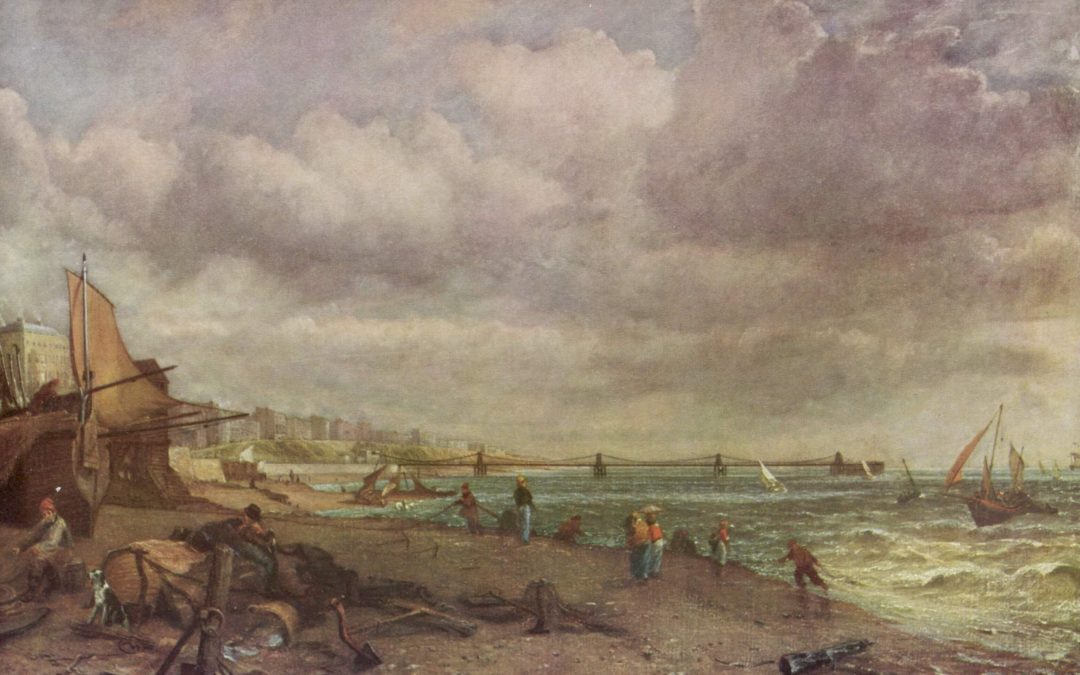 Generally known as the Chain Pier, it was designed by Captain Samuel Brown. The pier was primarily intended as a landing stage for packet boats to Dieppe, France, but it also featured a small number of attractions including a camera obscura. An esplanade with an entrance toll-booth controlled access to the pier which was roughly in line with the New Steine. Turner and Constable both made paintings of the pier, King William IV landed on it, and it was even the subject of a song.

The Chain Pier co-existed with the later West Pier, but a condition to build the Palace Pier was that the builders would dismantle the Chain Pier. They were saved this task by a storm which destroyed the already closed and decrepit pier on 4 December 1896.