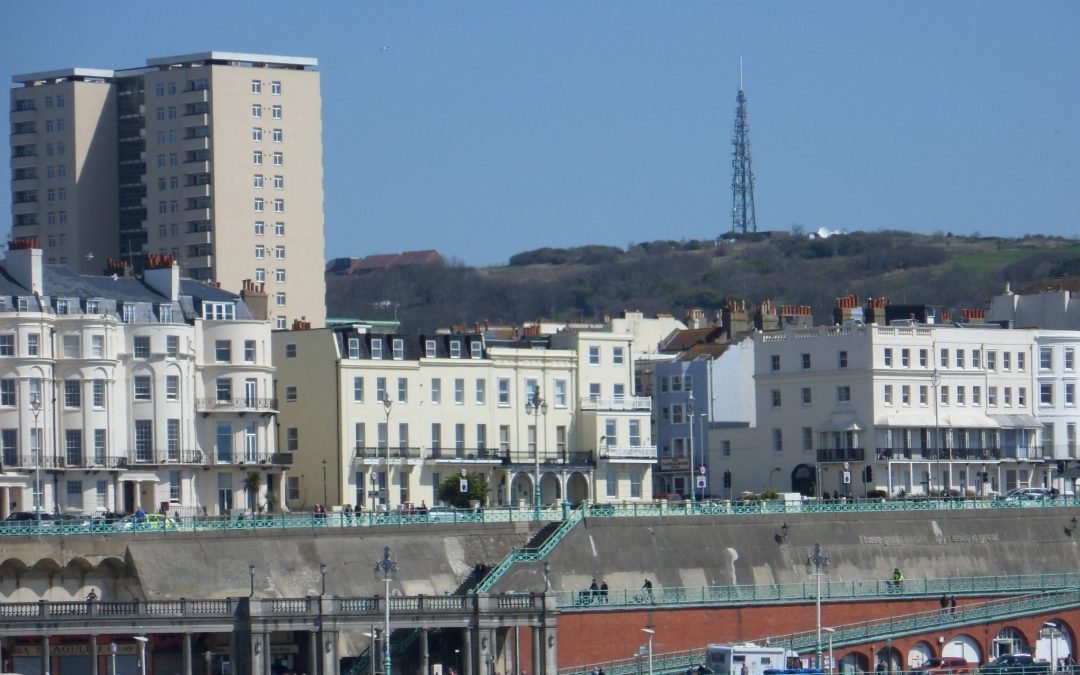 The earliest sign of habitation is a flint dagger discovered in the chalk cliffs. It is believed to date back about 250,000 years. Located on Whitehawk hill overlooking Brighton racetrack is the remains of a Neolithic “causeway camp” of the New Stone Age. The Romans came, saw, conquered, built roads and villas; and then departed.

Saxons following a chieftain called Aella secured the area and made it theirs (Sussex, land of the South Saxons). Brighton is first mentioned in the Anglo-Saxon Chronicles of the seventh century as “Beorthelm’s-tun” and means “the town of Beorthelm”. Beorthelm’s-tun, by now “Brighthelmstone”, remained a small fishing village (population circa two thousand) until the 1780s.