The general election is fast approaching. Whatever your opinion on the current state of UK politics, we’ve had a look at how people are searching on Google in relation to the top five most searched UK political parties.

These are: The Labour Party, The Conservatives, Liberal Democrats, Scottish Nationalist Party and The Green Party of England and Wales.

Google Trends: The data in each of the graphs below is from Google Trends UK. Numbers represent search interest relative to the highest point on the chart for the given region and time. A value of 100 is the peak popularity for the term. A value of 50 means that the term is half as popular.

Top searched parties in the UK

Since the announcement of the General election, the Labour Party has consistently been the most searched for political party, with an average of 25 in Google Trends, 78% more searches than The Conservatives (14) and not too far behind them, the Liberal Democrats (12).

Of the remaining parties with significant search volume, the Scottish Nationalist Party had 5 and The Green Party, 1.

69% more searches for the Labour Party than The Conservative Party in the last seven days.

In the last seven days (28th November – 4th December 2019) searches have intensified, Labour are still out in front in terms of searches related to their party (44). The Conservatives (26) remain in second with lower volume of searches, closely followed by the Liberal Democrats on 17, SNP on 5 and the Greens on 3.

These are the top searched parties in the UK:

Who to vote for?

There is a substantial trend in searches for terms relating to [why vote + POLITICAL PARTY NAME, e.g. [why vote labour]. The volume of searches here can either be taken as an indication of who people are considering voting for, or alternatively, an indication that each of the main parties still have work to do in persuading the electorate.

Labour is once again out in front with 36, over double that of the Conservative Party (17), with Lib Dems and Greens tied on 6 and SNP on 3.

Interest in each party leader varies with “labour leader” (39) receivig the most searches in the last 30 days, followed by “lib dem leader” (30) and “green party leader” (25).

Labour popularity may relate to people searching for “labour deputy leader”, in wake of Tom Watson’s resignation on the 6 November 2019.

The Liberal Democrat leader searches could be linked to Jo Swinson’s rise in profile during the build up to the election.

A large proportion of the Green Party topic searches surround the identification of its  leader, potentially the co-leaders Siân Berry and Jonathan Bartley (of which neither are Caroline Lucas) has some people confused?

Searches around the leader of The Conservative Party are low (13, a third of Labour’s), perhaps a reflection of much of the media’s over familiarisation and continued use of his first name?

The top searched party leaders in the UK in the last week:

Labour’s confirmatory vote on Brexit may be the reason for “labour brexit” having the greatest proportion of the searches, with 65 vs the 34 for terms around “conservative brexit”.

The Conservative’s campaigning to “get brexit done” and teaming up with the Brexit Party has made their position on Brexit clear, though not necessarily an honest one.

Lib Dems clear ‘remain’ stance has meant searches for “green brexit” outnumber “lib dem brexit” by 18 to 12, as people are potentially keen to understand The Green Party Brexit stance, in addition to their environmental policies.

Looking at searches since 2014, focusing on the topic of a General Election, current volumes are lower than 2017 which was when they were at their highest and still behind 2015.

There are a number of variables impacting General Election search trends, both now and in previous years. One such would be that in 2016, the leader of The Conservatives was not voted in by the general public, stirring high demand for a general election during her stay at 10 Downing Street and perhaps contributing to higher volumes around the topic in past years.

However, it could be hypothesised that lower search volumes relating to the General Election in 2019 could indicate a disillusionment with the current political landscape of the UK, or apathy following such a drawn out period of uncertainty for UK politics and UK society as a whole.

All data and statistics need to be looked at with the broader picture in mind. Search data can obviously be influenced by demographics too. For example, The Conservative’s many staunch older generation voters will not be spending their time searching Google, where as data shows that younger generations – born into a digital era – are far more likely to research online.

Read into the above what you may, but just make sure you take the time to vote on Thursday 12th December. 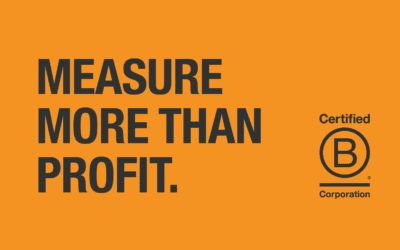 GOAT is a certified B Corporation 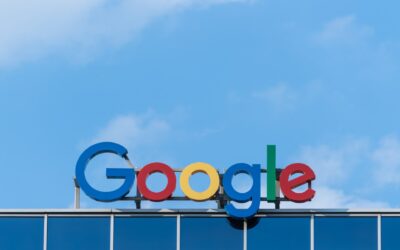 Google helps the individual in the fight against climate breakdown

By Benedict AdamCo-founder, GOATGoogle has made some bold commitments to a carbon free future. In 2007, it announced it had become carbon neutral, having eliminated its carbon legacy dating back to its foundation in 1998 through the purchase of high-quality carbon... 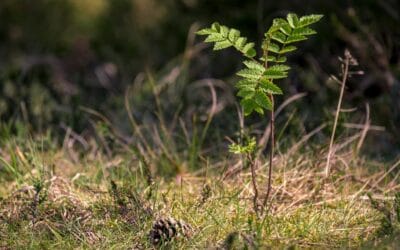 Our Trees For Life Grove

GOAT cares immensely about the future of the planet. We are striving to make GOAT a carbon negative digital marketing company.

With this in mind, we recently set up our own corporate ‘Grove’ with Trees For life, a leading conservation charity dedicated to rewilding the Scottish Highlands.