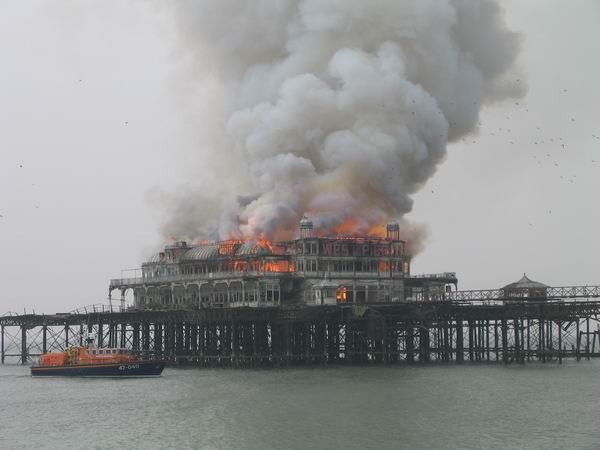 In December 2002, the pier partially collapsed during a storm, when a walkway connecting the concert hall and pavilion fell into the sea. The following month, the concert hall in the middle of the pier fell over, leaving the entire structure close to total collapse.


On 28 March 2003 the pavilion at the pierhead caught fire. Fire crews were unable to save the building from destruction because the collapsed walkway prevented them from reaching it. The cause of the fire remains unknown, since fire investigators were unable to access the site for safety reasons, although it is thought to have been arson.


A more severe fire burned through 11 and 12 May 2003, consuming most of what was left of the concert hall. On 23 June 2004, high winds caused the middle of the pier to collapse completely. The following month, English Heritage declared the pier to be beyond repair.