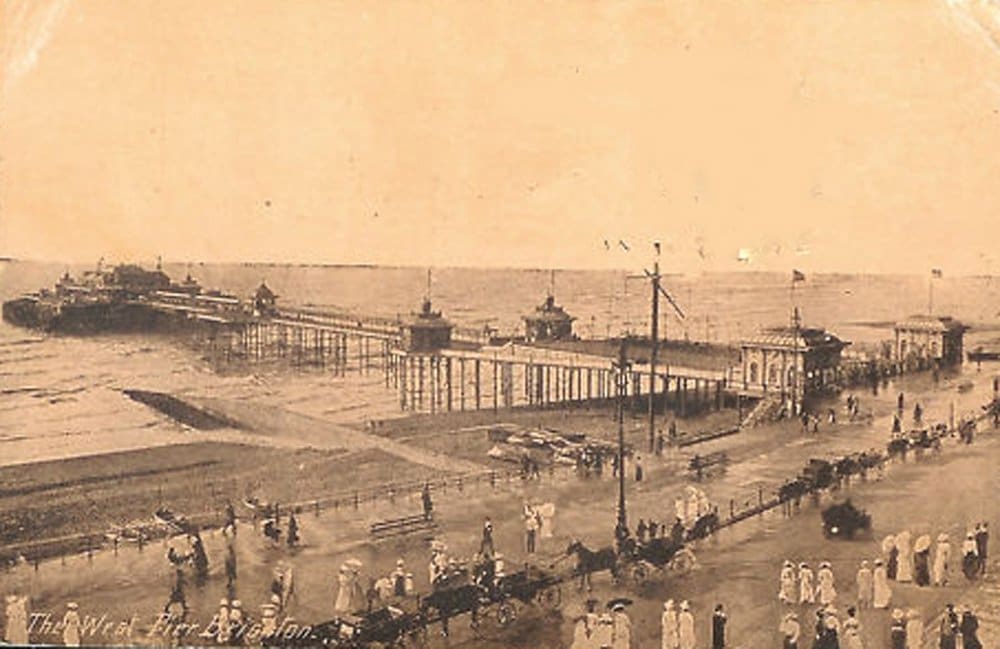 Opened 6th October 1866. The Pier was designed and engineered by Eugenius Birch to attract visitors and survive in the hostile environment of the seashore.


Originally the West Pier had an open deck with only six small ornamental houses of oriental design, two toll houses and glass screens at the pier head to protect visitors from the wind and sun. In 1875 a central bandstand was added. In the 1880’s weather screens the full length of the pier, steamer landing stages and a large pier head pavilion were constructed. The final building, completed in 1916, was a graceful concert hall.