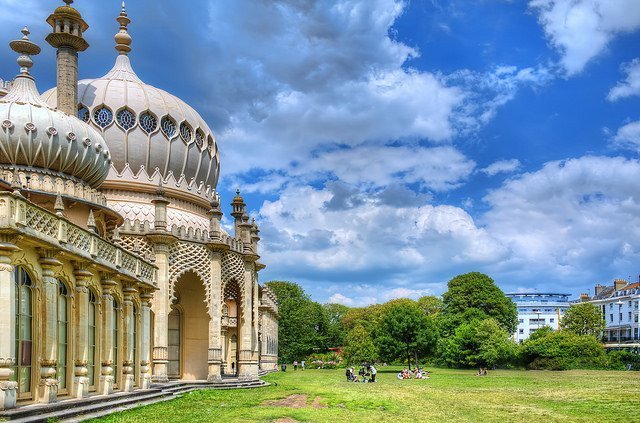 In 1783 George Prince of Wales visited the Duke of Cumberland, in 1785 he married Miss Fitzherbert. By 1806 his ultimate indulgence, the transformation of a rural farmhouse into the ornate Royal Pavilion was complete.

It was built in three campaigns, beginning in 1787, as a seaside retreat for George, Prince of Wales, from 1811 Prince Regent. It is often referred to as the Brighton Pavilion. It is built in the Indo-Saracenic style prevalent in India for most of the 19th century, with the most extravagant chinoiserie interiors ever executed in the British Isles.

During the Second World War, the Germans were not supposed to bomb Brighton because Hitler wanted the Royal Pavilion as his seaside home.